A downloadable game for Windows

The Void is on the verge of collapse. You must save them, for there is no telling when it will choose to end.

Dimensional Wanderer is a game about exploring a variety of surreal environments. Heavily inspired by games like 21: The World, Quantum Eternity, and LSD Dream Emulator. The game features 30 different scenes to explore, with varied themes and tones for each location.

This is my first release, and as a result it is not particularly long. Expected playthrough length is about 40-50 minutes. However, I hope that even with that fairly short playtime, you'll still find it enjoyable.

I saw vinny form vinesauce play it, and I loved the music in it. Is the soundtrack available anywhere?

The songs used are from multiple sources. It's all listed in the game's end credits. (I meant to include a ReadMe file as well, but completely forgot when it came time to release the game)

Played the game, enjoyed it quite a bit! just saw how people played it differently, and would love to know the songs used in the cyberpunk bladerunner-y worlds. Thanks for the game.

Thanks! In regards to the 3 songs used for those scenes, here's the sources on those.

The first 2 are original compositions done by a friend of mine. They were originally for another project we were working on together, but had to shelf because Construct 3 sucked lol. I'd love to pick that game back up as a Unity project someday though.

Marketplace Scene - Map Shop Twisted (This one is from MC Story Mode Season 2. Which has a pretty incredible soundtrack overall imo. Very underrated.)

Could you tell me what music was used in that part? In the spherical temple like area with the geometry people? It sounds a bit like the OoT water temple music but more vaporwavey. I checked all of the soundtracks for anodyne and broken reality and couldn't find it anywhere!

So something odd about that one, I actually can't find it anymore either. I think the guy removed everything from his Bandcamp cause his profile is just totally blank now. Here's a link to it if you wanna see for yourself. The song used in the Blue Orb Shrine is from him, titled "When You're Here". It had some vocal bits between the transition from the starting water temple part, and when it gets more vaporwavey, so I edited those out for the in-game version.

I also checked his Youtube channel but the song isn't there either.

this was awesome my guy. thank you.

also, i love when games thank me for playing them lol

You're welcome. I'm glad you enjoyed it! (Also thank you too, lol)

this is so cool :O

Aww, thanks! It's nice to see people are still enjoying this even after a year now.

This was really nice.  Creative environments and fun characters, and wrapped up in a concise manner!

Thanks! Glad you enjoyed it.

Really fun and creative experience! You did a marvelous job with the characters they all have something interesting to say. The level design is really pretty too, but the characters and story are where the game shines in my opinion. Great work man :)

Thanks! And thanks for doing a scene for it as well. The watercolor style you used is really pretty

Enjoyed this a bunch! Really good selection of music to go with the visuals and I love a lot of these environments a bunch. Very well done ;_; eek

Thanks! Glad you enjoyed it

I enjoyed this game quite a lot, The story is defiantly more developed than many other LSD genre games. :D Here's my playthrough on it -

Glad you enjoyed it, thank you!

Thanks! I'm glad you liked the music choices.

A really good first person exploration game that only takes around an hour to finish and has some really, really pretty environments. The cats are clearly the best part of the game.

Thanks for making their sprites, they look great! 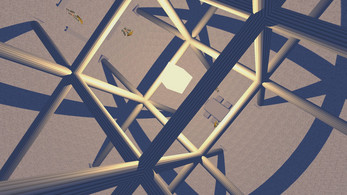 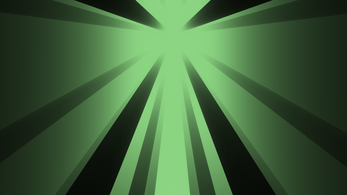